TRACADIE (GNB) – The regional municipality of Grand Tracadie-Sheila will have its name changed to Tracadie.

“Our government is proud to proceed with a request submitted by the regional municipality regarding the name,” said Education and Early Childhood Development Minister Serge Rousselle. “The choice of the name Tracadie is reflective of the primary historical identity of the area as well as the name of the two main rivers that flow through the municipality.”

Rousselle made the announcement on behalf of Environment and Local Government Minister Brian Kenny.

The name change required an amendment to a regulation under the Municipalities Act.

The provincial government will invest close to $1 million this year, and the same amount is planned for next year, to enlarge and pave 1.5 km from Boudreau Street to McGraw Lane, on Principale Street.

This funding is being provided through the municipal designated highway program. The provincial government has increased funding for this program by $16.2 million for a total of $25 million in 2015-16.

“Our government is committed to creating jobs,” said Rousselle. “The increase in funding for this program will help with much-needed infrastructure upgrades in cities, towns and villages while creating jobs across the province.”

In addition to the investment under the provincially-designated highway program, the following six environmental projects received more than $109,000 in funding under the Environmental Trust Fund:

The fund provides assistance to community groups, organizations, municipalities and institutions for projects that produce tangible, measurable benefits to the environment.

More information, including the list of approved projects and initiatives, is available on the Department of Environment and Local Government’s website. 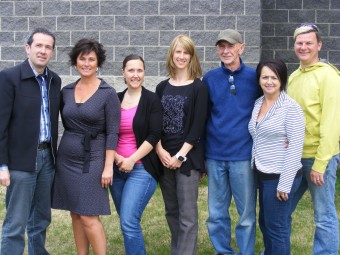