FREDERICTON (GNB) – In her report on the financial position of the province tabled today in the legislative assembly, the auditor general of New Brunswick, Kim MacPherson, expressed concerns about the continued increase in net debt of the province. In 2014, New Brunswick reported a deficit of $498.7 million, its sixth annual deficit in a row. To assist in financing these deficits, the province has incurred additional debt. New Brunswick’s net debt has now risen to more than $11.6 billion or $15,400 per New Brunswicker.

In the report, the auditor general also addressed the challenges of the deteriorating state of capital assets such as roads, highways, schools and hospitals.

“Solving the problem of aging infrastructure is more than a matter of new spending,” said MacPherson. “It is about having a long-term infrastructure plan that will ensure the sustainability and safety of all essential infrastructure, while respecting the fiscal challenges faced by the province.”

The auditor general stressed that while the government has acted to restrain the growth of expenses, it needs to do more to address New Brunswick's structural deficit and continued growth of net debt.

The full report Comments on the Province’s Financial Position can be found in Volume one of the report tabled today. This volume focuses on matters arising from the annual financial audit of the Province and Crown agencies. Comments regarding infrastructure are contained in Chapter 1 of Volume two which contains performance reports completed during 2014. Both volumes are available online at www.agnb-vgnb.ca. 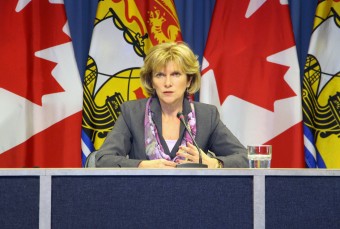