Finance
Justice and Attorney General
Office of the Premier

FREDERICTON (GNB) – The provincial government released today a new pension model developed by the Task Force on Protecting Pensions in collaboration with a number of union leaders. The model has received support from several public and private sector plan sponsors, including unions and the provincial government.

"A number of pension plans in New Brunswick and across North America are facing significant funding deficit issues,” said Premier David Alward. “This ‘made in New Brunswick' model, developed in collaboration with union leadership, offers an innovative way to address those issues before it is too late. This model achieves our goal of making pensions in New Brunswick more secure, sustainable and affordable."

The task force, appointed by Justice Minister and Attorney General Marie-Claude Blais and Finance Minister Blaine Higgs, was mandated to examine the long-term stability and security of pensions in New Brunswick.

The work of the task force consisted of extensive analysis of reports, electronic submissions and public consultation. It was guided by the following agreed-upon principles:

●    pension plans must be able to pay benefits for members today and for those members who will retire in the future;
●    there should be no advantage to retiring before any changes are made to the plan;
●    pension amounts earned up to any agreed-upon revisions will not be decreased;
●    any changes will be incremental and implemented on a go-forward basis; and
●    the plans must be fair to employees at all stages of their career as well as to retirees.

The New Brunswick model is based on a well-established Dutch model. Both jurisdictions face similar economic and demographic challenges, including an aging population, growing life expectancy and market returns that are not keeping pace with payouts and indexing.

"Our government is committed to providing all New Brunswickers with the same opportunity for a secure and sustainable pension,” said Alward. “One of the strengths of this model is that it can be adapted to different public and private sector plans. We encourage those plans not currently involved to engage in a similar collaborative process with the task force to see how they, too, might benefit from such changes."

"We are confident that this model will make our pension plan sustainable long into the future," said Marilyn Quinn, president of the New Brunswick Nurses Union. "Over the past many months, our union and the New Brunswick Union worked with the task force and government to address the problems with our plan. Most importantly, we believe this solution will provide retirement security for nurses, paramedical and specialized health-care professionals working in our two regional health authorities.”

"I am pleased to have been part of the building of the required solution for the issues in the CBE Plan, and I am confident that the new model will address those," said Susie Proulx-Daigle, president of the New Brunswick Union. "I look forward to the same consultative and collaborative process for the other plans in which our members participate."

"We are pleased with the collaborative effort to put these changes into place,” said Gary Ritchie, administrator of the New Brunswick Pipe Trades pension plan. “The new rules will allow us to recognize the advantages that our plan provides by being one of the few pension plans in Canada to be more than 100-per-cent funded on a going-concern basis. And that is what these changes will allow our plan to remain – a going concern – thanks to these new flexible rules designed for today. These rules will provide our plan members with the security and benefit levels they deserve, while providing the sustainability and affordability that the plan's sponsors require in an increasingly competitive global environment."

"I am pleased to have a new pension plan model that will address our pension issues with which we have dealt for several years,” said Norma Robinson, president of the New Brunswick Council of Hospital Unions, CUPE Local 1252. “Having our CUPE pension specialist involved from the beginning ensures that the best interests of our active members and retirees have been protected through this process. This new plan will assure security, sustainability and affordability for the members who will retire in the future."

"As premier, I will be advocating this model for our own pensions,” said Alward. "I would encourage all New Brunswick employees and companies to examine this model and see the advantages it offers over their existing system."

Blais indicated that amendments will be made to the Pensions Benefit Act in the near future to allow both private and public sector pension plans the option to adopt this model if they so choose.

"In creating this new option for pension plans, New Brunswick is positioning itself as a leader in North America on this issue," said Blais.

●    Addresses demographic challenges that make the current system unsustainable, including fewer people working and a larger number of retirees who are living longer.
●    Updates a pension system that was designed for 1980s economic and demographic realities.
●    New system is safer and more secure in that it discourages riskier investment practices as a means of recovering losses and has built-in flexibility to better absorb declines in the markets.
●    Was developed collaboratively with union leadership by pension plan experts.
●    Based on the successful Dutch model, which applies proven risk management methods to pension plans.
●    Ensures that public sector pensions are affordable for taxpayers in the long run.

Effects on members of plans which have signed on:

●    No decrease to the benefit level currently in place for retirees.
●    Likely to result in marginal increased contributions.
●    Moves toward plans based on enhanced career-average earnings, rather than final salary.
●    Moving targeted year of retirement from 60 to 65 but implemented during a 40-year period.
●    Cost of living increases will be conditional on plan performance. However, when pensions are in surplus position, there is an opportunity to reinstate years when cost of living increases were not provided.
●    All changes are incremental and on a go-forward basis.
●    Ensures that pensions will be secure for many years to come. 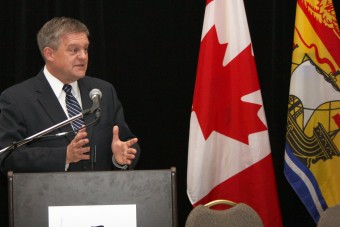