FREDERICTON (CNB) – The provincial government is proposing to reorganize school districts; increase parents’ involvement on district education councils; and to pay chairs and members of these councils.

Education and Early Childhood Development Minister Jody Carr said the proposed changes are based on extensive consultations and would improve education and early childhood development.

"We have an opportunity and a responsibility to build something better, together," said Carr. "We must do things more efficiently and free up resources and focus our efforts to where they will have the most impact – our children. We are empowering our schools and parents across the province with a stronger voice in the future of education and early childhood development in New Brunswick."

The provincial government plans to reduce the number of school districts to seven from 14. This step is expected to save $5 million annually in administration costs and enable districts and schools to focus more on learning and results. It would be representative of declining student populations and be more in line with other education systems in Atlantic Canada.

The boundaries would be used during the district education council elections in May; the new councils would start July 1.

"We need to make strategic improvements that allow us to invest and meet the challenge of providing quality education for every student," said Carr.

Improving the role and composition of district education councils

Proposed changes include having more parents as council members, drawn from those elected to parent school support committees and equal to the number of those who would be elected in May. Members would also include representatives of First Nations and student councils.

Carr encouraged New Brunswickers to put their name forward for the upcoming elections.

"Today is the beginning of the next phase of education renewal, we are not stopping here," said Carr. "We will continue to work to improve the education system and focus our resources to help each student achieve.”

The provincial government plans to make further announcements and updates in several areas: 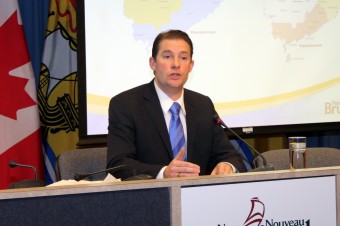