Both Kutnowski and Canney will lead the New Brunswick delegation into the Meridian Centre, the site of the opening ceremony.

The 2022 Canada Summer Games were initially scheduled to take place in August 2021 but were postponed due to the pandemic. The Games, which usually alternate every two years between summer and winter games, are one of the largest multi-sport events held in the country. They feature 18 sports over a 16-day period involving more than 5,000 athletes, coaches and managers.

A new streaming platform will broadcast more than 1,000 hours of live coverage of the Games. Select competitions and events will have commentary in English and French. Viewers of the platform will also be able to access plenty of on-demand content including archived events, features, highlights and a daily highlight show. 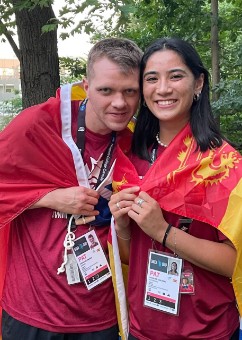