FREDERICTON (GNB) – The provincial government has tabled a $599.2 million capital budget that maintains continuity and builds upon the financial progress made over the past year.

“One year ago, our government tabled a capital budget which was the result of difficult but necessary decisions in order to restore balance to our public finances,” said Finance and Treasury Board Minister Ernie Steeves. “These decisions are starting to pay off as we are now on track to see a decline in our net debt for the first time in 13 years. This year’s capital budget builds upon that progress and keeps our forward momentum going.”

The 2020-21 capital estimates aim to balance the investments required for the government to act on its key priorities and maintain its infrastructure while being fiscally responsible:

The government will invest $70.6 million in K-12 infrastructure.

The capital budget confirms that the government is on track with the multi-year plan introduced last year.

“Today’s capital budget represents an affordable and responsive government that is focused on priorities, providing value for money, creating the conditions to reduce net debt, and putting New Brunswick in a better position to address future challenges,” said Steeves. “We are showing continued fiscal discipline, we are being transparent, and we are managing within the budget we have set.”

More information on the projects will be available when respective ministers introduce their capital estimates later in December. 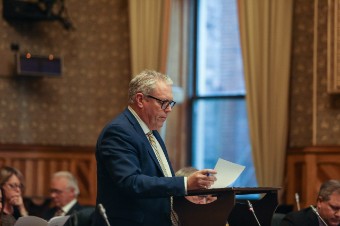 Vicky Deschênes, communications, Department of Finance and Treasury Board, 506-444-5026, vicky.deschenes@gnb.ca.