FAIRFIELD (CNB) – Federal and provincial government representatives joined members of the Fairfield community on Oct. 16 to celebrate the grand opening of the new Fairfield Community Centre.

"The provincial government is proud to be a partner in this important community infrastructure project," said Glen Savoie, MLA for Saint John-Fundy.

"The Government of Canada's top priority is economic growth and jobs for Canadians," said Rob Moore, MP for Fundy Royal."Through the Economic Action Plan, our government's investment has helped support the development of valuable community infrastructure, such as the Fairfield Centre, that will serve the needs of local residents for decades to come."

Moore attended on behalf of Bernard Valcourt, minister of state for the Atlantic Canada Opportunities Agency and La Francophonie.

The centre will host business meetings; support the activity of local tourism and community groups; and serve as a venue for local and regional cultural events.

"This newly-built community center, next to the Fairfield Baptist Church, will be a focal point for the community," said Wayne Cochrane, trustee and board member of the Fairfield United Baptist Church. "It replaces the existing hall across the road that was built around 1870 and served the community well for many years. The new center, which is bigger, safer and wheelchair-accessible, meets all government regulations. It will be used for community meetings, receptions, sporting activities and cultural events for many years."

The provincial government committed $202,300 to the construction of the centre. The federal government invested $152,000 in the project through the Community Adjustment Fund, a component of Canada's Economic Action Plan, while the Fairfield Baptist Church contributed $65,996.

The action plan provided $1 billion over two years to the fund, to address the short-term economic needs of Canadian communities impacted by the recent global recession. 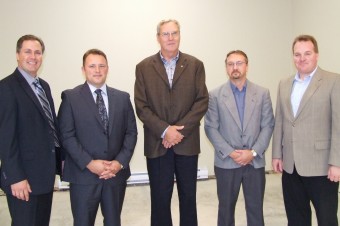