FREDERICTON (GNB) – The update of the Woman Victims of Abuse Protocols was released today.

"All women and girls in New Brunswick have the right to live in a safe environment and province, in a nurturing atmosphere that is free from violence," said Education and Early Childhood Development Minister Marie-Claude Blais, who is also minister responsible for women's equality. "It is therefore vital that our government work with our partners to develop protocols that will have a direct impact on the prevention and reduction of violence in the province."

The Woman Victims of Abuse Protocols comprise a suite of tools that outline and clarify the roles of the various departments and agencies of the provincial government as well as the measures that will be taken to address violence against women.

With these protocols, the provincial government also provides the means to connect with various partners and to establish a community approach with respect to safety and the prevention of violence against women.

Meetings will be organized with various groups and professionals over the course of the next few months. The protocols are intended specifically for:

Preventing domestic violence is one of the three priorities addressed in the provincial crime prevention and reduction strategy. That strategy, which is based on proven practices with regard to planning, education, co-ordination, innovative leadership, and evaluation, was established to help New Brunswick go beyond the traditional reactional interventions of the criminal justice system.

"The prevention of violence against women has always been and will continue to be a concern and a priority for our government," said Blais. "The updating and publication of these protocols illustrates the importance of continuing our collective efforts within government in order to bring about real change in our communities." 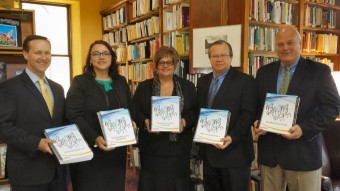