The Minister's Award for Excellence in Championing Gender Equality - VIVE is an award that promotes gender equality in our lives, workplaces and government. The VIVE Awards were created as a way to highlight and acknowledge New Brunswick individuals that are forging paths and advancing gender equality. The five categories are: Community, Youth, Business, Everyday and Government Champions.

In March 2021, the first five recipients of the VIVE Awards were selected! These Awards give us an opportunity to highlight not just the great work that is happening around the province, but also the great individuals who are an inspiration and who are working towards advancing gender equality.

In 2022, the five recipients will be selected from the nominations received from across the province. These recipients will be New Brunswickers who have made a significant and sustained difference, who inspire or have championed change and diversity.

Nominations are now close they will re-open in September 2022.

Click on the categories and choose which one best suits your nominee.

Fill out the nomination form

Nominations will re-open in September 2022. 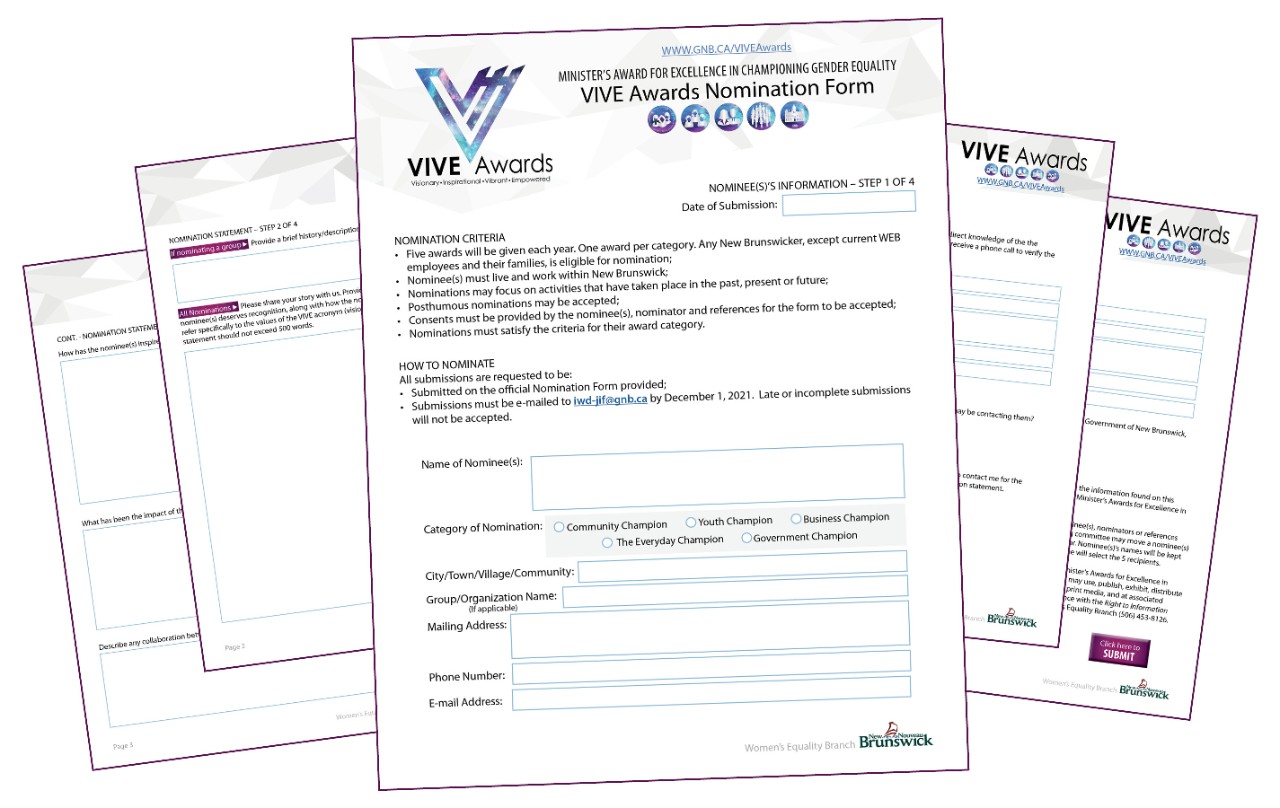 Having trouble with the nomination form or process? Wondering about eligibility?
Send us an e-mail to iwd-jif@gnb.ca, an appointment will be set up to help you.