Steeves, Kutnowksi and Leblanc each won their medals in their respective individual categories.

The men’s soccer team played a late game Thursday against Ontario to see who will advance to Friday’s gold medal match. New Brunswick lost 2-0 to Ontario and will play Alberta in the bronze medal game at 4 p.m. Friday.

The mountain bike men’s and women’s sprint occur Friday morning along with the open water swim for both men and women in Welland. 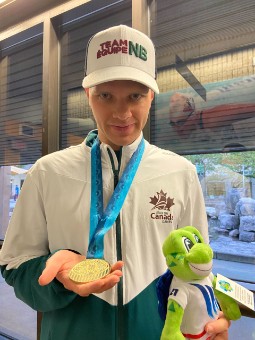