EDMUNDSTON (GNB) – A 37-year-old Mill Cove man has been fined $144,860 for transporting unstamped tobacco products. Christopher Miller was sentenced on March 20 after pleading guilty in Edmundston provincial court in December. He was charged under the Tobacco Tax Act and the Criminal Code.

Enforcement officers from the Department of Public Safety, in partnership with the Edmundston Police Force and the Sûreté du Quebec, arrested Miller on Feb. 1, 2018, after the search of a 2010 Ford Taurus revealed more than 110,000 unstamped cigarettes. In addition to the fines, the vehicle was forfeited as offence-related property.

The provincial tax value of the seized tobacco is estimated at $28,072 and the estimated federal tobacco excise tax value is $23,100. 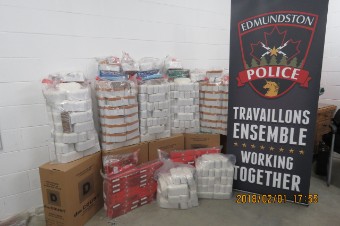