FREDERICTON (GNB) – Enforcement officers with the Department of Public Safety, in partnership with the Fredericton Police Force, seized 20,044 unstamped cigarettes on Jan. 27 as part of an ongoing investigation in the Fredericton region.

A 57-year-old man from Oak Haven and a 55-year-old woman from Bathurst were arrested for transporting unstamped tobacco products contrary to Section 121.1 of the Criminal Code. They were released on a promise to appear in Fredericton provincial court at a later date.

The tobacco seizure represents a provincial tax value of about $5,115 and an additional federal tobacco excise tax value of $4,209.

Revenue from the sale of illegal tobacco is often funnelled into organized crime and supports the underground economy in New Brunswick. Illegal tobacco works against government cessation programs and poses a greater risk to increased smoking rates for youth. Smoking is the most prevalent cause of premature death in Canada; each day, 100 Canadians die of a smoking-related illness. 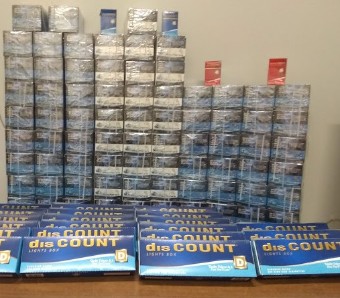