In the presence of Premier Blaine Higgs, members of the Executive Council, Indigenous leaders and senior government officials, Murphy issued and read a formal proclamation under the Great Seal of the Province of New Brunswick, officially proclaiming the accession of King Charles III.

While the King automatically became Sovereign of Canada following the death of Queen Elizabeth II on Thursday, tradition, dating to the accession of King George III in 1760, calls for a proclamation of accession ceremony to be held when a new sovereign inherits the throne upon the death of the previous king or queen.

A similar ceremony was held earlier today in the presence of the King's Privy Council for Canada in Ottawa, and others have been or will be held by lieutenant-governors of the other provinces in their respective capitals. 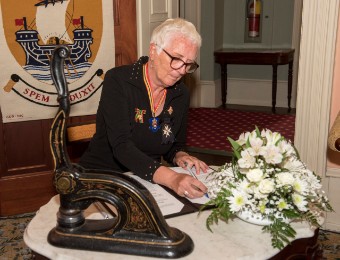