Statement on the passing of Saint-Léolin mayor Guy Cormier

On behalf of all New Brunswickers, I want to express my deepest condolences on the passing of Guy Cormier, the mayor of Saint-Léolin.

Guy was a dedicated and respected leader who worked tirelessly to make a difference in his community.

It was a pleasure to work with Guy since he became mayor in April 2018. His pride in his community was always in evidence and his contributions, through both his service as mayor and his countless volunteer hours, were many.

We extend our heartfelt sympathies to his wife Edwidge, his family and friends, and the community of Saint-Léolin on their loss. 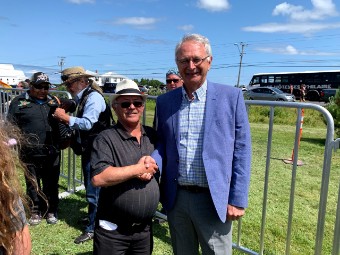