Investment of $1.6 million in CCNB infrastructure

CAMPBELLTON (GNB) – The provincial government is investing $1.6 million in the Collège communautaire du Nouveau-Brunswick’s (CCNB) infrastructure as part of its 2018-19 capital budget.

“Your government is working on the priorities of economic growth, health and education,” said Premier Brian Gallant. “Through our historic investments in education, your government is making college and university education accessible and affordable for New Brunswickers.”

The funding will be distributed among the five college campuses in Bathurst, Campbellton, Dieppe, Edmundston and the Acadian Peninsula.

“The provincial government’s investments will allow us to solve many urgent problems at our five campuses, where some of the buildings are more than 50 years old,” said Liane Roy, CEO of the college. “We will be able to modernize our institutions and make necessary upgrades to learning spaces for our students and to working spaces for our staff across the CCNB network.”

“Our community colleges in New Brunswick play a vital role in educating our youth and preparing them for the workforce,” said Post-Secondary Education Minister Roger Melanson. “It is a pleasure to support CCNB in making these necessary infrastructure improvements which will ultimately help them to succeed and provide the best level of support to their students.”

The government is investing the most in public education in the province’s history. In support of its 10-year education plans, the government invested an extra $56 million in the education budget for 2017-18, an increase of $103 million since 2014-15.

Infrastructure funding for New Brunswick Community College campuses will be announced in the near future. 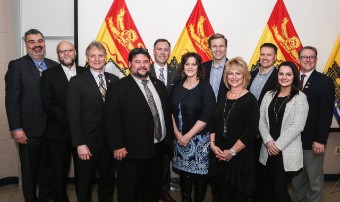