About the Games of La Francophonie 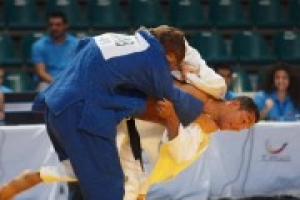 The Games of La Francophonie are held every four years, bringing together around 3,000 young athletes and artists from member and observer states and governments of La Francophonie. The Games are unique in that they are the only major international games that feature both sport and cultural competitions. The Games is a unique opportunity to showcase the scope and originality of the French culture as well as athletic ability in French-speaking countries around the world.

The Games of La Francophonie were created in 1987 during the Summit of La Francophonie in Quebec City. The mandate of the Comité international des Jeux de la Francophonie (CIJF), which reports to the Organisation internationale de la Francophonie (OIF), is to oversee the overall organization of the Games in the host country.  The OIF is a multilateral structure based on the shared use of the French language and common values. The OIF today comprises over one third of the member countries of the United Nations, namely 70 States and Governments (members or observers) on five continents, including the governments of Canada, New Brunswick and Quebec.

Since the inception of the Games of La Francophonie, the Canadian delegation has consisted of three teams: Canada, Canada-New Brunswick and Canada-Quebec. This tripartite representation reflects the desire of Canada and these two provinces to participate in different aspects of La Francophonie. It also demonstrates the historical and traditional importance that Quebec and New Brunswick attach to their Francophone roots.

Athletes are chosen according to a selection process determined by each provincial sport organization, based on excellence criteria specific to each association, while respecting the procedure established by the CIJF. Artists are chosen through a provincial cultural competition. An international jury, appointed by the CIJF and supported by the OIF, selects the final candidates.