Statement on the passing of Greg Thompson

Marcia and I are deeply saddened to learn of the death of our dear friend and colleague, Greg Thompson. But in the midst of our grief, we reflect on a life well lived. Greg’s life was anchored in service to others, and by his abiding affection for the love of his life, Linda, and their wonderful sons Gregory Jr. and Christian.

Greg worked as a businessman, a teacher and a financial planner. But he found a particular zeal for representing his community. Greg sought to bring the voices of his neighbours to the corridors of power and served as the MP for Carleton-Charlotte from 1988 to 1993.

The calling to public service did not fade, and he was re-elected as MP in 1997, 2000, 2004, 2006 and 2008 in what is now known as the riding of New Brunswick Southwest. He served as Minister of Veteran Affairs and regional minister for New Brunswick under Prime Minister Stephen Harper.

But one of the biggest battles of Greg’s life came in the mid-1990s, when he was diagnosed with non-Hodgkin Lymphoma. The illness exacted a toll but with the support and love of his family, he survived because he knew his work was not done. We are fortunate that Greg was able to continue to the next chapter of his life, with Linda always by his side.

In 2018, Greg decided to forego retirement and was elected as the MLA for Saint Croix and became Minister of Intergovernmental Affairs. His trademark passion for serving others was evident and we were blessed by his presence. We will miss his thoughtful and reasoned presence in our cabinet and caucus.

Greg exuded a stubborn determination to do what was right for his constituents, and their concerns were always at the top of his mind. Defending his community was priority number one.

No matter the titles he achieved throughout his impressive career, he was “Greg” to everyone who knew him. His disarming smile, sense of humour, and ability to relate with those from any walk of life are characteristics that we will dearly miss.

May God bring peace and comfort to his family and his many friends at this very difficult time. 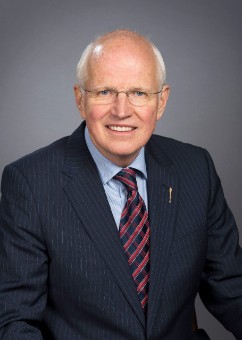