FREDERICTON - Premier-designate Brian Gallant announced a three-member transition team to liaise with the civil service in the period leading to the swearing-in of the new cabinet.

"I am thankful that these three talented New Brunswickers have agreed to lead this important work," said Gallant.  “They have decades of experience in the private sector, governance and politics, which are all critical components in this transition process."

The team members are:

"I thank Premier David Alward and the senior officials in the civil service for the positive work they are doing to make this a seamless transition of power," said Gallant.  "We look forward to continuing this process in the coming days to ensure New Brunswickers have an effective government throughout the transition process." 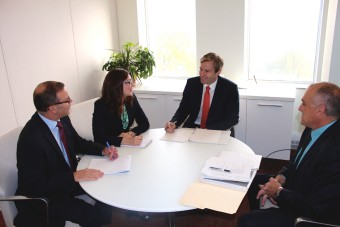