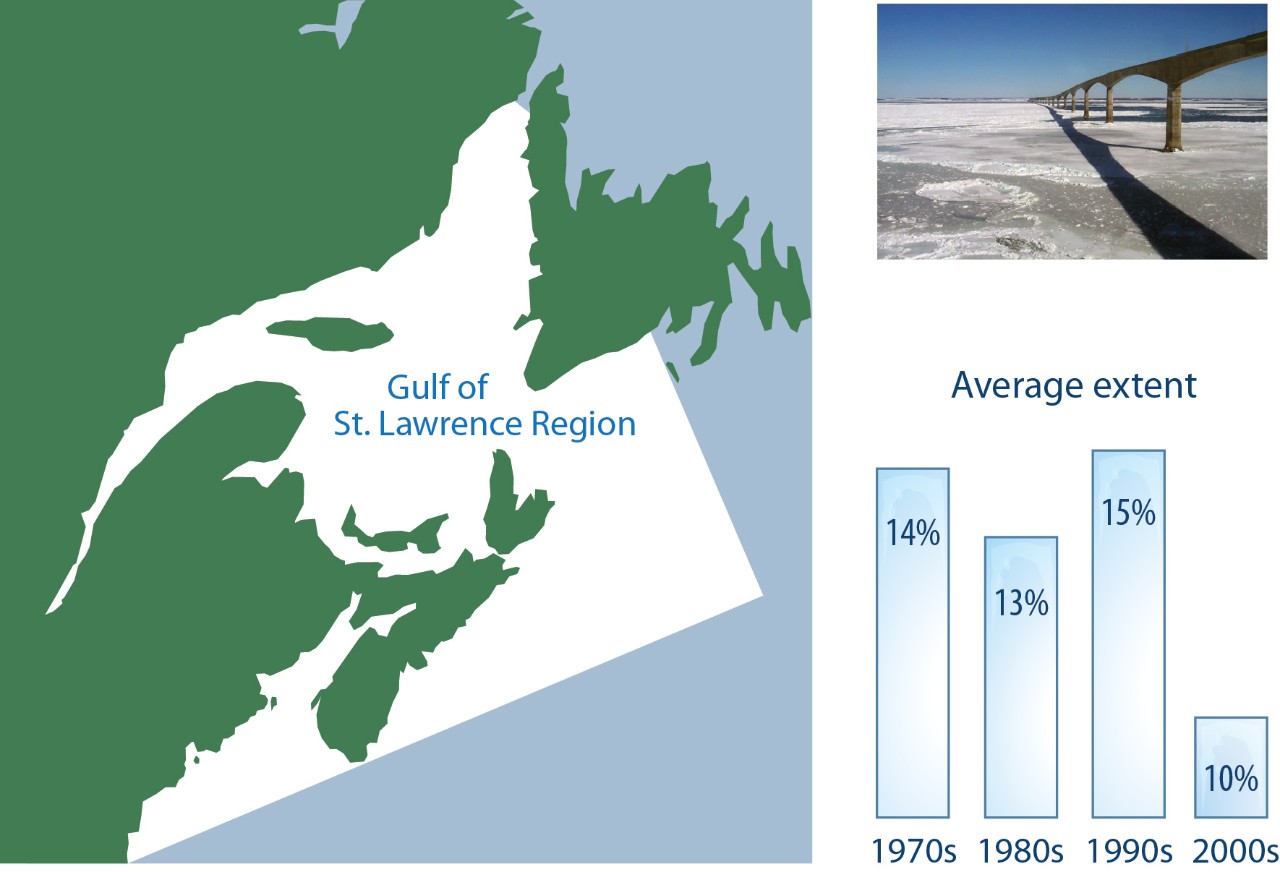 In the 2000s, the area of ice coverage in the Gulf of St. Lawrence was generally less than the 30-year 1971-2000 average. It was also more variable from year to year than it was during the 1971-2000 period.  For example, the below-normal ice cover in the winter of 2001-2002 was followed by an above-normal ice cover year, which was then followed by below normal ice cover the next winter. The 2009-2010 winter season had less ice than any other year in the Canadian Ice Service ice chart record spanning 1968-2010. Ice cover extent is decreasing, and becoming more variable from year to year.

Ice coverage in the Gulf of St. Lawrence is important in several ways, including:

The extent of ice cover in the Gulf of St. Lawrence is expected to continue declining. In addition, variability between years is expected to increase.