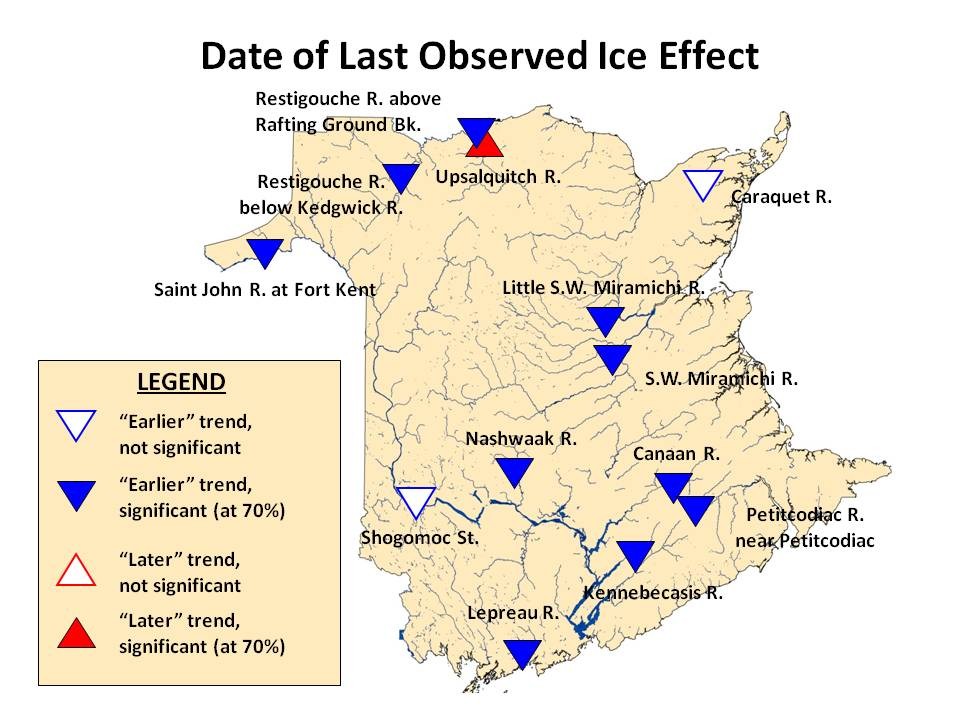 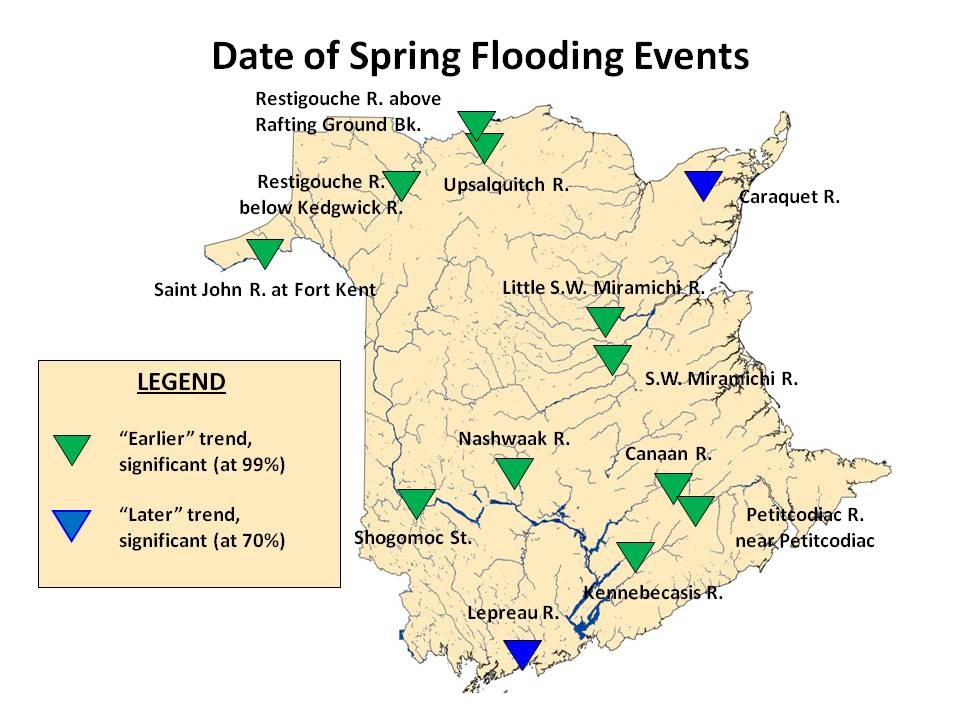 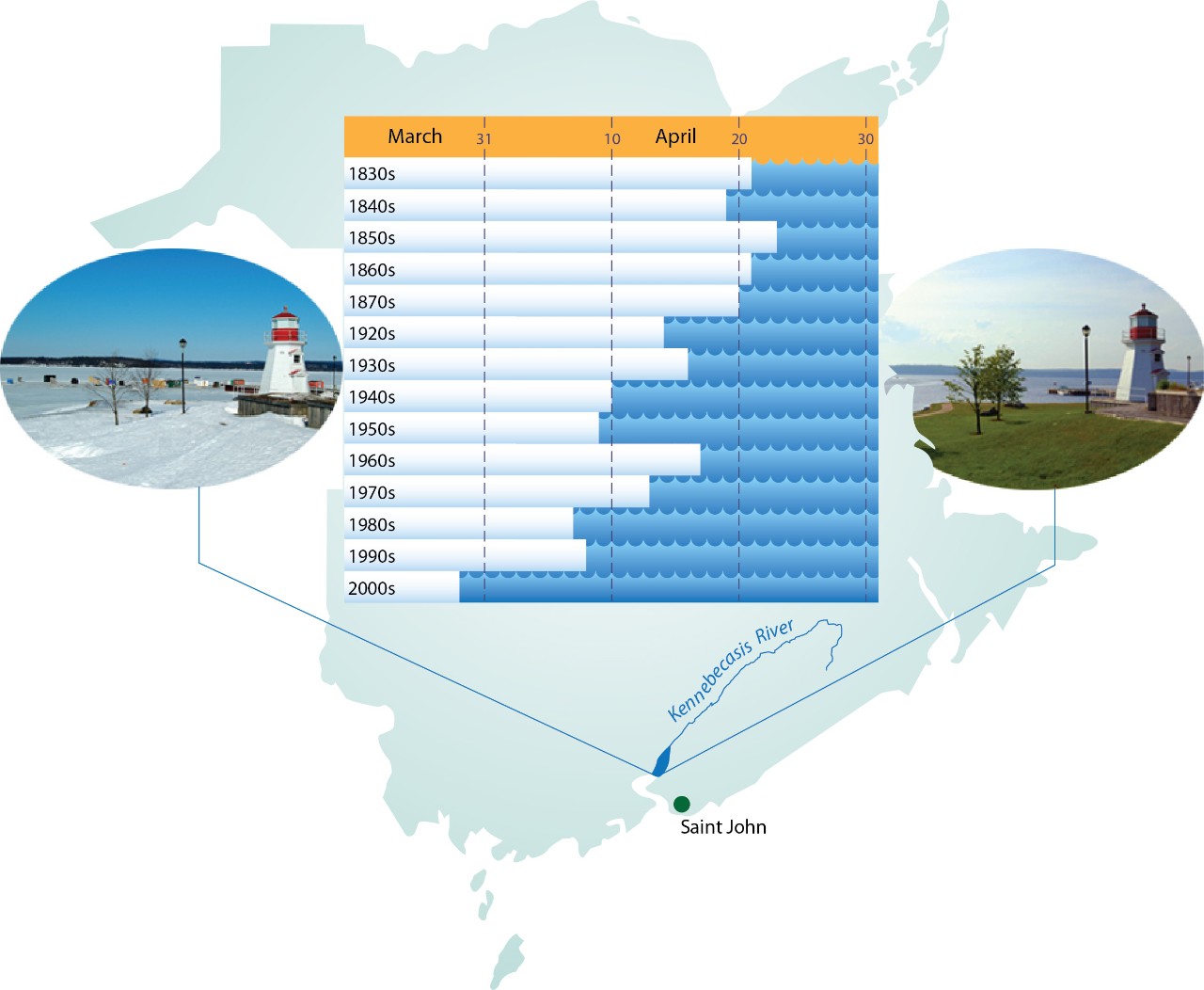 Indicator: Ice out date on the Kennebecasis River (dates)

The date that the Kennebecasis River becomes free of ice has been observed since 1825.  From 1825-1884, ice out typically occurred between April 10th and 30th.  No observations were taken between 1885 and 1910.  In the 1900s, ice out typically occurred in April, and rarely in March or May.  During the last hundred years, there has been a trend toward earlier ice out dates.  For example, five of the six earliest ice out dates occurred between 1999-2011.

Together, these indicators reveal that the ice period is disappearing earlier on New Brunswick's rivers.

Warmer temperatures are expected to lead to earlier melting of ice on New Brunswick's rivers, earlier breakup, and an increased probability of ice jam flooding.