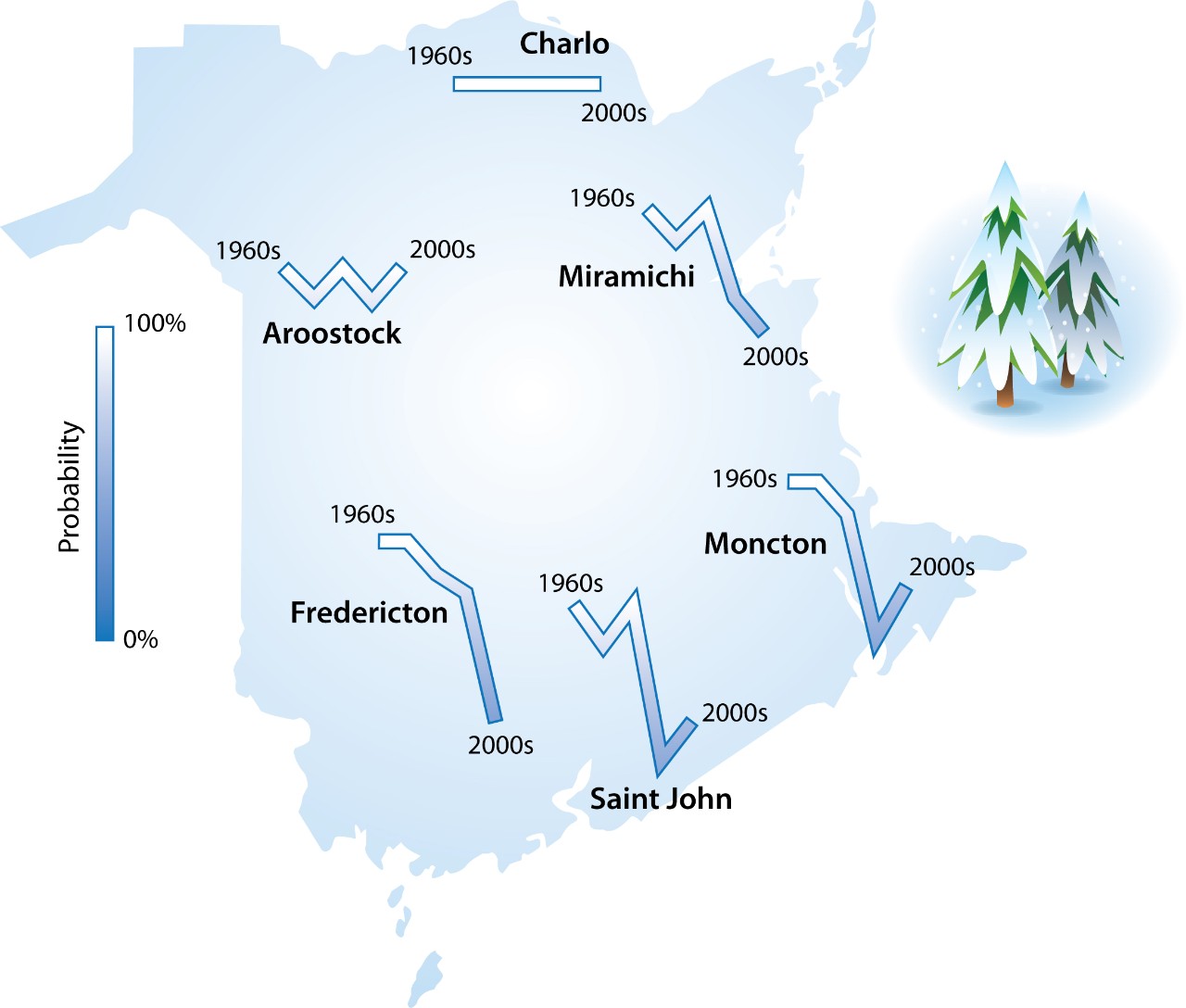 In the coming decades, we should expect to have fewer white Christmases. Winter temperatures in New Brunswick are expected to warm by 3-4 °C by 2050 relative to the 1961-1990 period.