DEER ISLAND (GNB) – The provincial government is investing $36,000 to help Paturel International Co. establish a frozen lobster production line at its facility on Deer Island. The project will allow the company to increase production and return more employees to work.

“Today’s investment comes at an important time and recognizes that New Brunswick’s fish and seafood sectors are important economic drivers and contribute directly and indirectly to employment in our communities,” said Aquaculture and Fisheries Minister Rick Doucet. “Thanks to a concerted effort over the past decade, our seafood exports have more than doubled to $1.7 billion in 2017.”

The frozen line is expected to start operating in the coming weeks. This will allow the company, which currently employs 36 people on its live production line, to re-establish value-added production and create work for another 26 employees.

“Our organization and employees are grateful for the support we have been shown by the government in coping with the challenges to re-establish operations to serve our customers and support employees,” said Stuart MacKay, general manager of Paturel’s operations on Deer Island.

A recent fire at the company’s Northern Harbour plant severely affected its processing, packaging and storage facilities. As a result, value-added production opportunities were eliminated. 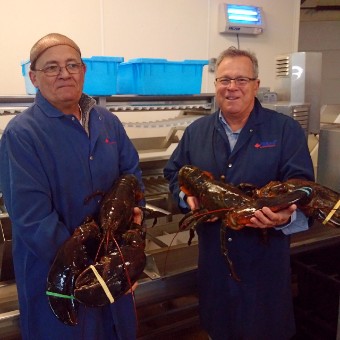